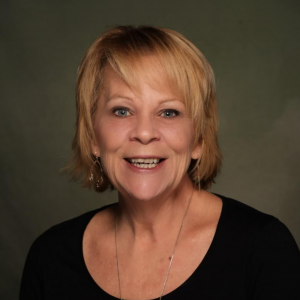 For a young man named Garrett, the life transformation was revolutionary.

“[He] was not real verbal, [not] real interactive. He did his own thing. Fast forward, he will talk to anybody!”

Julie Smith is the Development Director for the Work Skills Foundation, the funding arm of Work Skills which helps people maximize their abilities through a variety of training and educational programs, work transition services, on-site coaching – to empower individuals to overcome barriers to self-sufficiency. Smith tells PurposeCity host Ken McMullen and co-host Mike Lay that Garrett’s transcendence from a reclusive young boy to a passionate Artist; Artisan instructor and public speaker came about by a purposeful attempt to help him find his strength.

Julie Smith: “I happened to have known him since he was little. And when he came to us, he had a stack of notebooks with drawings [He did not like to paint – a textural thing]. Well then because Michelle (Artisan Supervisor) is super awesome at bringing out the best in people, and he did not want to paint. Well, one day his paint marker ran out, So Michelle says, ‘Well, look, there’s a little cup of that color of paint right over here.’ … He … literally would stand two feet away from whatever he was painting on because he didn’t want it to get close to it. Well, fast forward , since then, Garrett now has painted everything. He painted a huge mural in the wall at Work Skills. He painted our cabinet. He has taught other artisans how to do things like that and help them finish the projects. And he will talk to anybody. He was our featured speaker, and he was up there … after he finished speaking, he went to every woman in the room, there were probably 30, 35 women, with his business card, “Hey, I’m Garrett. Here’s my card. Will you like my Facebook page? He has his own side gig, at home he has a studio, and he sells stuff.”

Ken McMullen/Mike Lay: “Well, all that from that untapped potential that may have never been tapped, right?

Julie tells PurposeCity that this customized approach has been proven to be the most impactful way to improve the quality of life for the people being served by Work Skills.

Saving and Enhancing Lives in the Community