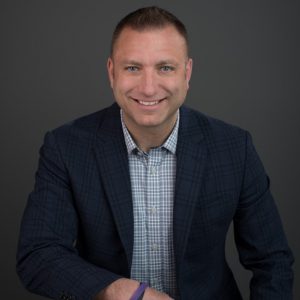 2012 was the year Mark Howell was in the midst of expanding his family. “It was two weeks after our first-born son was born … and then I was diagnosed with stage four cancer and they thought, ‘Hey, you’ll live maybe six weeks.’”

As Mark Howell tells PurposeCity host Ken McMullen and co-host Mike Lay, six weeks turned into a more than three-year battle seeking different treatments and surgeries that would, step-by-step, prolong his days. That battle, however, was costly and would likely have been impossible without a concurrent campaign to stave-off the burdensome financial liabilities that were necessary for his survival.

As Mark puts it – “It literally funded my life.”

Mark’s $200,000 support – and its game-changing impact – became the impetus for Fund-A-Life, a Brighton, Michigan non-profit with a mission to help other individuals and families overcome emotional and financial obstacles caused by major life-altering circumstances.

Mark Howell: “Fund A Life was started in 2012. I was diagnosed with stage four melanoma … insurance was limiting my ability to get treatment … And the community got wind of that and really started about an 18-month campaign to raise about $200,000 … and traveled the country over the next three and a half years, seeking out different treatments, different surgeries, each one really prolonging my life to get to the next step, and wouldn’t have been able to do that otherwise.

So, once I made it to more of a safe place, I really just thought, ‘Wow so many people are not afforded that same opportunity’”

Ken McMullen/Mike Lay: “It’s just incredible. It started with your story, but then it’s created so many other stories.”

Mark Howell: “And that’s really what the idea of Fund A Life was born around was, ‘Hey, can we fundraise year-round so that we have this big pot of money essentially, so that people facing crisis situations can apply for help?’ We’ve helped a lot of people. Just this year alone in 2021, we’ve already awarded 15 grants, totaling about $70,000.”

Nearly a full decade out from his ‘terminal’ diagnosis, Mark Howell lives on, Fund-A-Life is expanding, right alongside his family.

Saving and Enhancing Lives in the Community