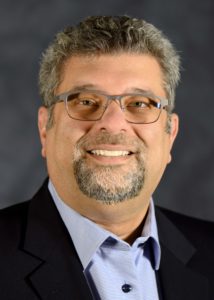 Just after the nation’s worst economic crisis was a risky time to open a new business. “Post-Depression .. mid-1930s.”

“It was basically a counter, eight stools, and they cooked behind the counter,” Elias tells PurposeCity host Ken McMullen. “Just a burger place.”

That burger place grew to 5 locations – and would eventually merge and grow into one of the most recognized brand-names in America. Chris Elias led the Big Boy chain during its most successful period.

Ken McMullen: “… it’s got like 75% brand recognition nationally. That sound right to you?”

Chris Elias: “Yeah. I think at one time the Big Boy character … in one brand study … they looked at the top 10 most recognizable brand logos and characters, and we were in that top 10 group. That was with Mickey Mouse … Ronald McDonald.”

Ken McMullen: “Then how does three of them (Elias Brothers) end up being a part of what was one of the largest, really, restaurant franchises known to man at one time?”

Chris Elias: “Well … highly driven … When you grow up in that level of adversity, you do everything you can to make some money … how precious a nickel was to them … my Uncle John was friends with a guy named Bob Wian. … and he had a place. It was Bob’s Pantry, and it was home of the Big Boy.”

The “Big Boy” became the restaurant’s nameplate as the Elias Brothers eventually bought the restaurant brand and expanded throughout the country.

The Big Boy success story was no accident. Elias tells PurposeCity it was built on the bedrock of a clearly defined, articulated, and implemented value system that bred a healthy and consistent culture. Now Elias leads Nexecute, a firm that helps executives revolutionize cultural dynamics in the workplace.