A Hard Sell for Hardware Handouts 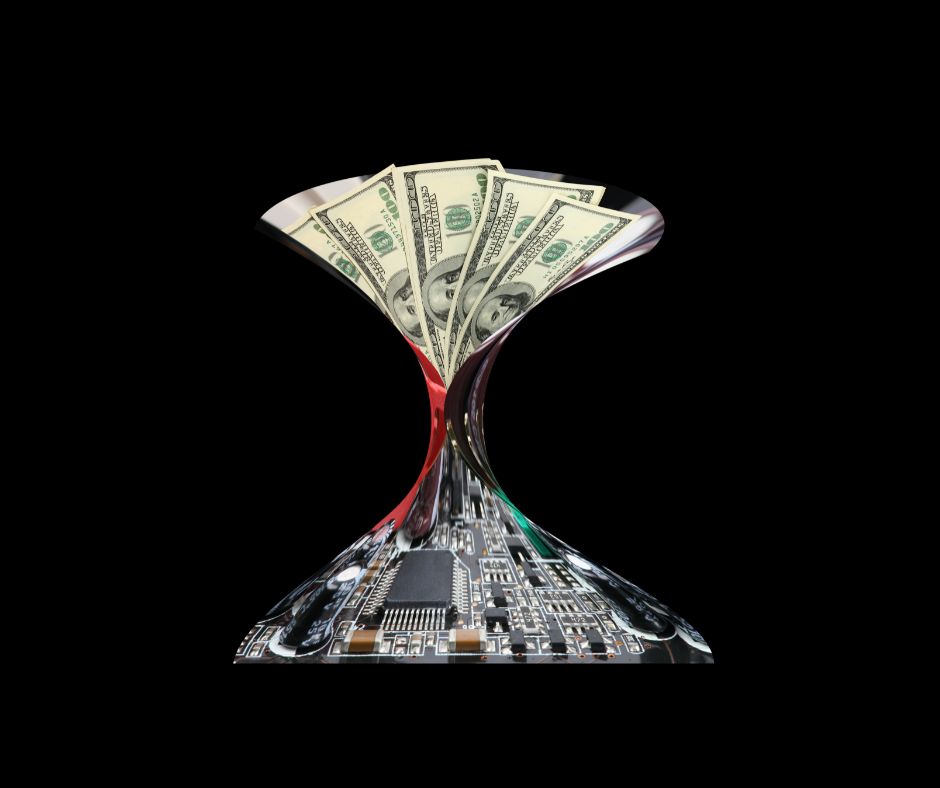 This week Congress is expected to hold a final vote on the Creating Helpful Incentives to Produce Semiconductors (CHIPS) for America Act, which would provide tens of billions in subsidies and tax breaks to domestic semiconductor companies, most notably the Intel Corporation. The political ramifications of this legislation are best left to other media, but a brief survey of the current state of the semiconductor industry could be useful here.

First of all, the Chinese government has dramatically increased its investment into semiconductor research and development in recent years. The chart below shows that both its level and its rate of growth of spending on microchip manufacturing equipment now dwarf American expenditures.

The seriousness with which China takes semiconductors can even be seen in approved entertainment, with a recent television drama series about hotshot Chinese semiconductor entrepreneurs called “The Silicon Waves” (纵横芯海) being heavily promoted by government officials (poster on the right) – although social media reaction to the show has been more concerned that the protagonists will develop romantic melodrama rather than fantastic microchips.

However, the leading chip manufacturer in the world is still the Taiwan Semiconductor Manufacturing Company (TSMC) which surpassed Intel in scale and technology several years ago. The precarious nature of Taiwan’s relationship with China has made many wonder whether anything can be done to help Intel regain its former glory.  Well, let’s take a look at the company’s pedigree for possible clues.

In 1947, the building block of all computer hardware, the transistor, was created by William Shockley at Bell Laboratories in New Jersey. In 1956, he moved to Northern California to be near his ailing mother in Palo Alto and subsequently started Shockley Semiconductors, the beginning of Silicon Valley.  In 1968, former employees of Shockley’s, most notably Gordon Moore and Robert Noyce, founded Intel, an insignificant hardware startup faraway from the formidable facilities of IBM on the East Coast. However, Intel would prove to be an incubator of innovation, with one of their engineers, Frederico Faggin, designing the first microprocessor in 1971. By the early 1980s, Intel was producing the processors for the IBM PC.

At this time, most of Intel’s revenue came from memory chips, but the company was having trouble competing against government-subsidized Japanese competitors that could produce quality chips at incredibly low costs. Intel CEO Andrew Grove took the risky step of focusing the company’s resources solely on microprocessors and promoting their high-end computing power to customers, leading to the “Intel Inside” ad campaign of the 1990s. Intel’s integrated design and manufacturing of high-performing microchips gave them two decades of high-margin growth. Such success locked in certain engineering principles, and when Steve Jobs and Apple came calling in 2005 for microchips for mobile devices that were less concerned with increasing processing power and more concerned with reducing electrical power, Intel was unable to adapt to the new environment.

The company that would thrive in this brave new world was TSMC. Founded in 1987 by Morris Chang with heavy subsidies from the Taiwanese government, TSMC prospered mainly because Chang ignored the government’s original designs for the company. He would focus only on manufacturing chips, not on designing them. This modular approach was very low-margin, but through technical innovation and capital discipline, the company expanded and helped support future chip design companies like Nvidia and Qualcomm.

Morris Chang’s vision has placed TSMC as the dominant force in semiconductor manufacturing. In fact, while the rest of the industry has recently reported signs of a global slowdown, the latest quarterly reports from TSMC promise continued growth. Companies are now afraid to reduce orders with TSMC in fear that they will lose their slots with the best manufacturer in town. This has allowed TSMC to extract ever greater revenue from its clients in what was supposed to be a low-margin niche (see the chart below).

Can Intel regain its edge, fend off new competitors, and expand its reach as it has in the past? Is TSMC in danger of becoming as locked-in and inflexible as Intel was in 2005? Will the massive Chinese investment in the semiconductor space eventually surpass them both? It is a drama fit for television.

Past performance is no guarantee of future results.   Trend signals are proprietary research of EWM Investment Solutions, a wholly owned subsidiary of Executive Wealth Management, LLC. Data source for returns is FactSet Research Systems Inc. This chart is not intended to provide investment advice and should not be considered as a recommendation. One cannot invest directly in an index. Executive Wealth Management does not guarantee the accuracy of this data.

There were no trades in EWM Investment Solutions models during the week ending on July 23, 2022. All major equity market sectors are currently in a long-term unfavorable trend, and the Asset Allocation models remain at their lowest possible tactical equity exposures, with domestic stocks favored over international shares.

Quote of the Week

Headline from a July 22nd article from inputmag.com detailing the recent troubles of the Dutch firm Land Life. The company is a carbon offsetting firm, which means that it plants trees to make up for the carbon emissions of other polluting industries. It keeps track of these offsets using distributed blockchain technology. Also, contractors for the company have twice accidentally started major forest fires when they have excavated land in Spain to plant the new trees.

A Heavy Dose of Lighter Notes

Executive Wealth Management (EWM) is a Registered Investment Advisor with the Securities and Exchange Commission. Reference to registration does not imply any particular level of qualification or skill. Investment Advisor Representatives of Executive Wealth Management, LLC offer Investment Advice and Financial Planning Services to customers located within the United States. Brokerage products and services offered through Private Client Services Member FINRA/SIPC. Private Client Services and Executive Wealth Management are unaffiliated entities.  EWM does not offer tax or legal advice. Please do not transmit orders or instructions regarding your accounts by email.  For your protection, EWM does not accept nor act on such instructions. Please speak directly with your representative if you need to give instructions related to your account. If there have been any changes to your personal or financial situation, please contact your Private Wealth Advisor.

Returns are calculated as indicated below with reinvested dividends not considered except for the Barclays U.S. Aggregate Bond Index. Data source for returns is FactSet Research Systems Inc. The London Gold PM Fix Price is used to calculate returns for gold.

All information and opinions expressed in this document were obtained from sources believed to be reliable and in good faith, but no representation or warranty, express or implied, is made as to its accuracy or completeness. All information and opinions as well as any prices indicated are current only as of the date of this report, and are subject to change without notice. Material provided is for information purposes only and should not be used or construed as an offer to sell, or solicitation of an offer to buy nor recommend any security. Any commentaries, articles of other opinions herein are intended to be general in nature and for current interest. Some of the material may be supplied by companies not affiliated with EWM and is not guaranteed for accuracy, timeliness, completeness or usefulness and EWM is not liable or responsible for any content advertising products or services.

Check the background of this firm on FINRA’s BrokerCheck.