How to Survive Six Months Without a Banking System 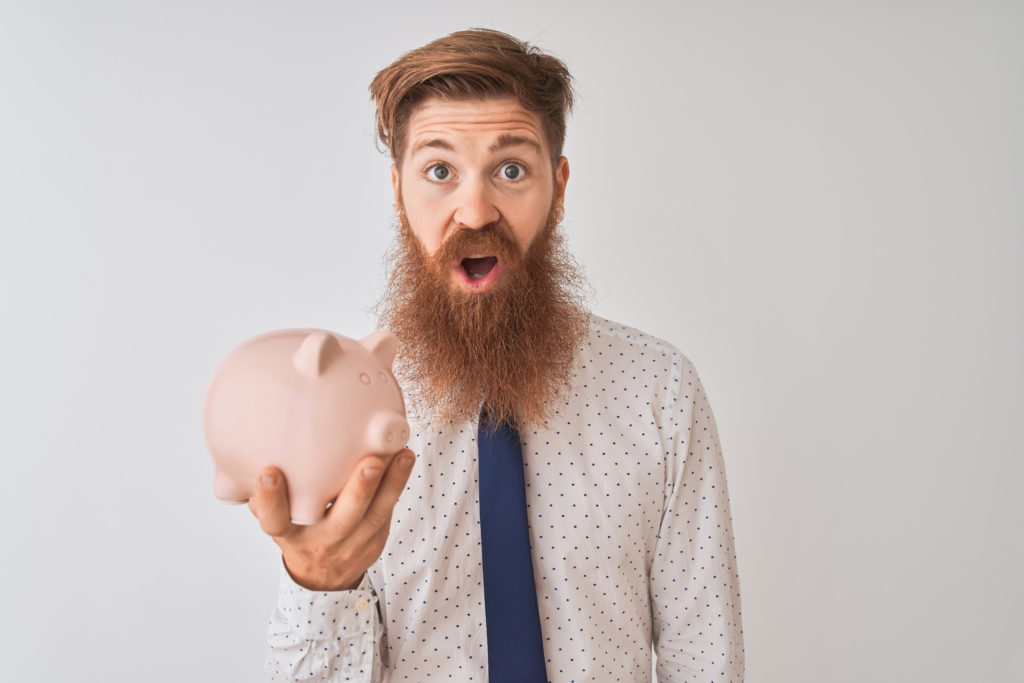 Past performance is no guarantee of future results.  Trend signals are proprietary research of Fortunatus Investments, LLC, a Registered Investment Advisor with the Securities and Exchange Commission (SEC). Reference to registration does not imply any particular level of qualification or skill.  Prior to June 2014, Fortunatus Investments was a wholly owned subsidiary of Executive Wealth Management, LLC and they continue to share common ownership and control. Data source for returns is FactSet Research Systems Inc. This chart is not intended to provide investment advice and should not be considered as a recommendation.  One cannot invest directly in an index. Executive Wealth Management does not guarantee the accuracy of this data.

Quote of the Week

(English Translation: May you be badly positioned on a windy day) The most popular ancient Irish curse according to an online poll conducted by the Irish National Folk Collection, and an appropriate putdown during our current bout of blustery weather. It is, at least, a far gentler rebuke than the second place finisher: Go ndéana an diabhal dréimire do chnámh do dhroma (May the devil make a ladder out of your spine).

With St. Patrick’s Day coming up this Wednesday, we thought it might be interesting to briefly review one of Ireland’s most unusual economic episodes. On May 1, 1970, all major banks in Ireland closed due to labor strikes. Expecting a long work stoppage, many employees of the banks went to the United Kingdom to search for new jobs.  All Irish bank deposits were frozen, making over 80% of the money supply inaccessible to Irish citizens. Orthodox economic theory might predict that a country without banks would face a liquidity crisis causing the gears of industry and commerce to come to a grinding halt with mass unemployment to follow. Yet, when the bank strike ended six months later, the economy of Ireland looked unscathed with retail sales in the country barely affected by the bank closures. How did this happen?

Even though their checking accounts were now unreachable, the Irish people still had access to their checkbooks. So instead of panicking, they continued to write each other checks as formal IOUs that would eventually be settled once the banks were back in business. However, not every check had the same level of creditworthiness. An informal rating network was created where IOUs from well-established companies were the most highly valued. But who was going to judge the trustworthiness of individual citizens? Well, that responsibility fell in large part to the country’s pub owners. With over 11,000 pubs in the country in 1970 at a ratio of 1 pub for every 190 adults, drinking establishments were the focal point of Ireland’s gregarious but tight-knit society. Keen observers of the local social scene, bartenders were the natural choice for the new credit raters. As Professor Antoin Murphy of the University of Dublin pointed out in his 1978 study of the bank strike: “one does not after all serve drink to someone for years without discovering something of his liquid resources.”

As checkbooks ran out, signed beer mats and toilet paper squares filled up the stockpile of IOUs at the neighborhood pubs. While not everyone enjoyed the dual duties of barkeeping and bookkeeping, most pub owners took the extra burden in stride. John Dempsey, bar owner from Balbriggan, represented the majority when he told reporters ” … [I’m] holding cheques for thousands of pounds, but I’m not worried … I deal only with my regulars … I refuse strangers. I suppose I’ve been able to keep a few local factories going.” The bank strike eventually ended on November 17, 1970, thanks in large part to complaints from irate pensioners who were not receiving interest and dividend payments on schedule because the registers of owners of local equity and fixed income securities were locked away in the closed down banks.

What this episode shows is that fundamentally for an economy to function you need a level of trust between participants and a method of measuring risks. As modern society marches forward with technological advancements, we may ultimately find those features best served by decentralized blockchain databases and machine-learning computer algorithms. However, for a six month period in 1970, Ireland found that its pub owners were more than adequate for the tasks.

There were no trades in the Fortunatus models during the week ending on March 13th, 2021.  The major equity market sectors remain in a long-term favorable trend, and the Fortunatus Asset Allocation models are near their maximum allowable equity exposure with domestic stocks favored over international shares.

On a Lighter Note

We should probably talk about potatoes in this part of the newsletter, or, at the very least, the greatest athlete named after potatoes. Way back in the 18th century, Willoughby Bertie, 4th Earl of Abingdon, wanted to name his new horse after his favorite starchy vegetables, so he instructed his stablehand to write “Potatoes” on the colt’s feed bin. The young man wrote down  “Potoooooooo” (that is, Pot followed by 8 o’s, for Pot-8-o’s, or Potatoes) in what is quite possibly the oddest attempt at phonetic spelling in recorded history.

Bertie found this exotic vowel arrangement so charming that it became his horse’s official name.  And just like a boy named Sue, a horse named Potoooooooo was made stronger by his silly nomenclature, as he would go on to win over thirty races, defeating some of the best thoroughbreds of his time before being put out to stud and siring several little tater tots.  Potoooooooo would garner enough fame to get his own Wikipedia page and would reign as the greatest athlete to be named after a group of tubers for almost two centuries, until a plucky little pitbull called Spuds MacKenzie captured America’s heart after achieving Olympic glory during the 1980s:

A Heavy Dose of Lighter Notes

Executive Wealth Management (EWM) is a Registered Investment Advisor with the Securities and Exchange Commission. Reference to registration does not imply any particular level of qualification or skill. Investment Advisor Representatives of Executive Wealth Management, LLC offer Investment Advice and Financial Planning Services to customers located within the United States. Brokerage products and services offered through Private Client Services Member FINRA/SIPC. Private Client Services and Executive Wealth Management are unaffiliated entities.  EWM does not offer tax or legal advice. Please do not transmit orders or instructions regarding your accounts by email.  For your protection, EWM does not accept nor act on such instructions. Please speak directly with your representative if you need to give instructions related to your account. If there have been any changes to your personal or financial situation, please contact your Private Wealth Advisor.

Returns are calculated as indicated below with reinvested dividends not considered except for the Barclays U.S. Aggregate Bond Index. Data source for returns is FactSet Research Systems Inc. The London Gold PM Fix Price is used to calculate returns for gold

All information and opinions expressed in this document were obtained from sources believed to be reliable and in good faith, but no representation or warranty, express or implied, is made as to its accuracy or completeness. All information and opinions as well as any prices indicated are current only as of the date of this report, and are subject to change without notice. Material provided is for information purposes only and should not be used or construed as an offer to sell, or solicitation of an offer to buy nor recommend any security. Any commentaries, articles of other opinions herein are intended to be general in nature and for current interest. Some of the material may be supplied by companies not affiliated with EWM and is not guaranteed for accuracy, timeliness, completeness or usefulness and EWM is not liable or responsible for any content advertising products or services.

Check the background of this firm on FINRA’s BrokerCheck.